Submissions are now CLOSED. Keep an eye out for information about further calls! 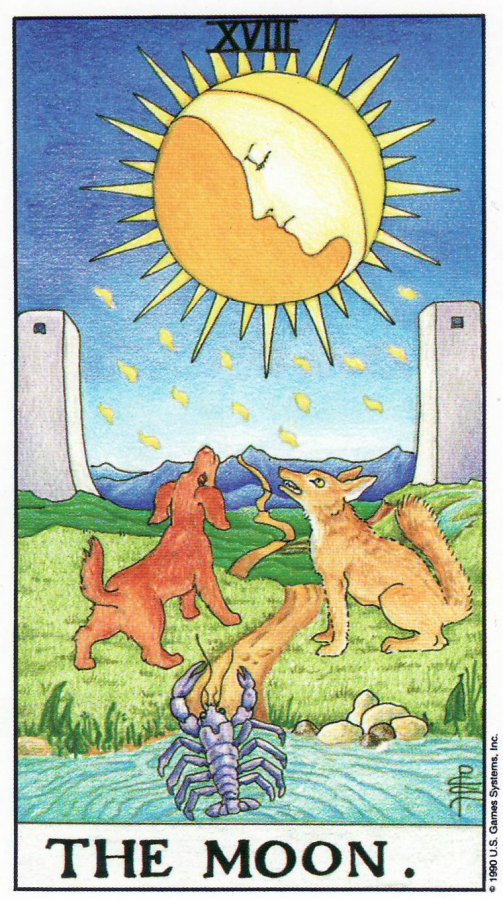 The porcupine, her quills held back with a gingham kerchief to keep from shading her brow, looms over the small table. Three colorful cards rest neatly aligned on its surface.

Contrary to expectations, the room had been bright and spacious. No hint of incense or dark velour drapes, just a simple living room in a simple home, a simple porcupine and some simple cards. She couldn’t have been older than 40, and she was more of a motherly bent than a mystical one.

“Tell me about your day,” she had begun, and as you spoke, she shuffled a worn deck of cards, nodding along with you. She drew the cards and lay them face up on the table with a casual slowness that didn’t distract from your words.

“Now,” she said when you finished talking. “Here are three cards. Look and tell me the first thing you notice…”

The Tarot has been with us for centuries. Reports of Tarot itself go back to the early 1400s, and the act of using the cards as divinatory tools was documented in the mid 1700s. Since then, the idea of using cards for divination has figured large in western society. They inspire words of praise as well as derision, works of art and imitation and parody, and words upon countless words.

With how much the Tarot has woven itself into society, it’s no small wonder that the cards are so well known, and the archetypes they represent can feel so universal. Each one seems to tell its own story…

Arcana is an anthology of furry fiction edited by Makyo and published by Thurston Howl Publications. Twenty-two submissions for each of the twenty-two major arcana cards. Each card suggests a theme, and each submission should expand on that theme through a character-driven plot. The challenge for the author will be to come up with a story that showcases the ideas behind their card in a relatively short span. The challenge for the editors will be to find stories that create an anthology that is diverse enough to enjoy while still being cohesive enough to be able to read from cover to cover.

Thankfully, the Major Arcana - the first 22 cards of the Tarot deck - already tell a story of growth and fulfillment on their own. We just need some lovely words from some lovely authors!

For the anthology, yes; within each card, no.

G to PG-13/soft R: mention of sex or some violence is okay, but ought not be the focus of the story. If in doubt, please do ask!

Submissions need not include any reference to the card itself or Tarot in general, but the core of the submission must revolve around the aspects that the card indicates. A list of cards and their aspects is available here.

Submissions are semi-open for half of the cards cards. In order to encourage submissions across all cards (and not just the cool ones), there will be a limit of 3 submissions per card. Cards that are open for submissions are available here*.

The other half of the cards are available through invitation only, and are marked as such on the list.

Submission titles will be the name of the card to reinforce the theme.

Submissions accepted through email makyo.thurstonhowlpub+arcana@gmail.com, files should be anonymized1. In your cover letter, please include:

If you’ve already submitted through Submitify, don’t worry! Your submission is still recorded!

* If a card is full but you have a really good submission, please send it to us all the same. It may still be considered. However, the goal is to ensure that we get even submissions across the cards, so if you can, please try writing for a different card first!

Tarot is popular, and has been for centuries. As such, there’s a wealth of information to inspire you and perhaps offer some more information about what the cards indicate and the feelings they inspire: