On a recent work trip to London, I had the privilege of attending a LondonFurs meet, which I have to say was spectacular. There’s not really an analog around where I am, though I imagine the meet known only to me as “Chicken” in California might come close. It was big - hovering around 50 or so people - and there were a good percentage of the attendees in suit, which was new to me. In Northern Colorado, we don’t have too much in the way of furmeets, and what we do are quiet, intimate affairs with maybe 15 attendees, tops. Suiting happens, but is uncommon, and tends to represent only a small portion of the furries in attendance. 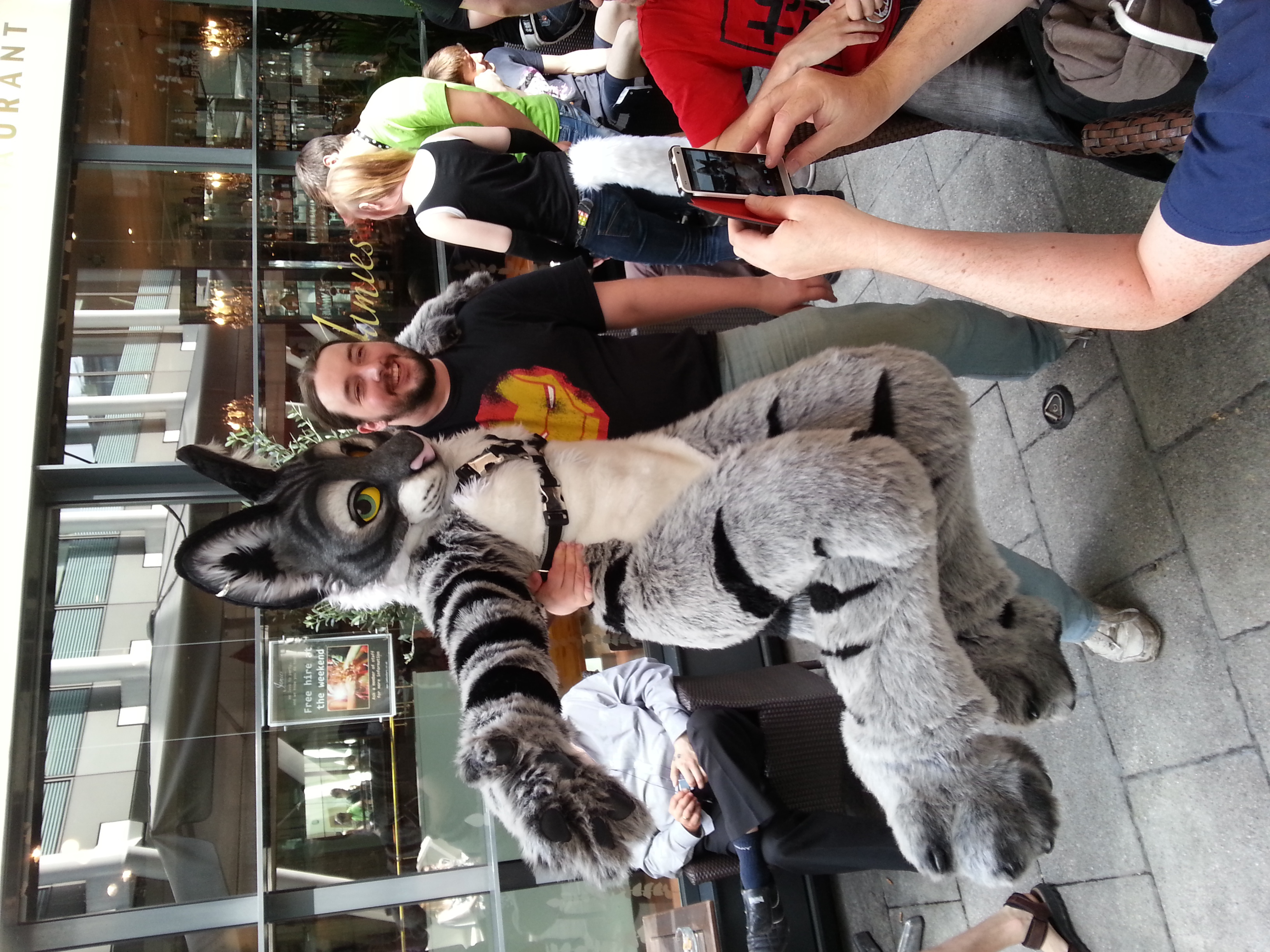 Another interesting thing was the barrier-to-entry in that the meet took place at a city bar, and thus attracted an older crowd, at least of drinking age (though note JM’s recent comment that this includes furries 18 years old and older, rather than 21 as it would be in the United States).

As I sipped mediocre cocktails (seriously, how hard is it to make a Pimm’s?!) and aggressively pink wines, I noticed a common trend among the furries - notably among the fursuiters: playfulness. Childish, simple playfulness. This, I think, is something of a universal within our fandom: the tendency toward play.

Play, commonly seen as an activity that takes place between children, or between children and a facilitating adult such as a parent, is an important part of development, particularly in the development of a child’s psychology. Play itself serves many purposes during a child’s intellectual development and helps to provide a strong basis for the growth of the individual. Outdoor play, for instance, helps to strengthen a child’s connection to and understanding of the environment around them. Meanwhile, social play can help solidify language within the growing child and lay the foundation for learning as the individual progresses through school (thus why play is seen as an integral part of early education).

Play also helps to solidify social interaction between individuals. Pretend play and other types of social play are formative in the ways in which children interact with each other into adulthood. Additionally, there is a strong emotional component to play. Childhood psychologists and therapists have often used play as a way of interacting with children on an emotional level. In short, play helps to shape the whole of the child’s personality. 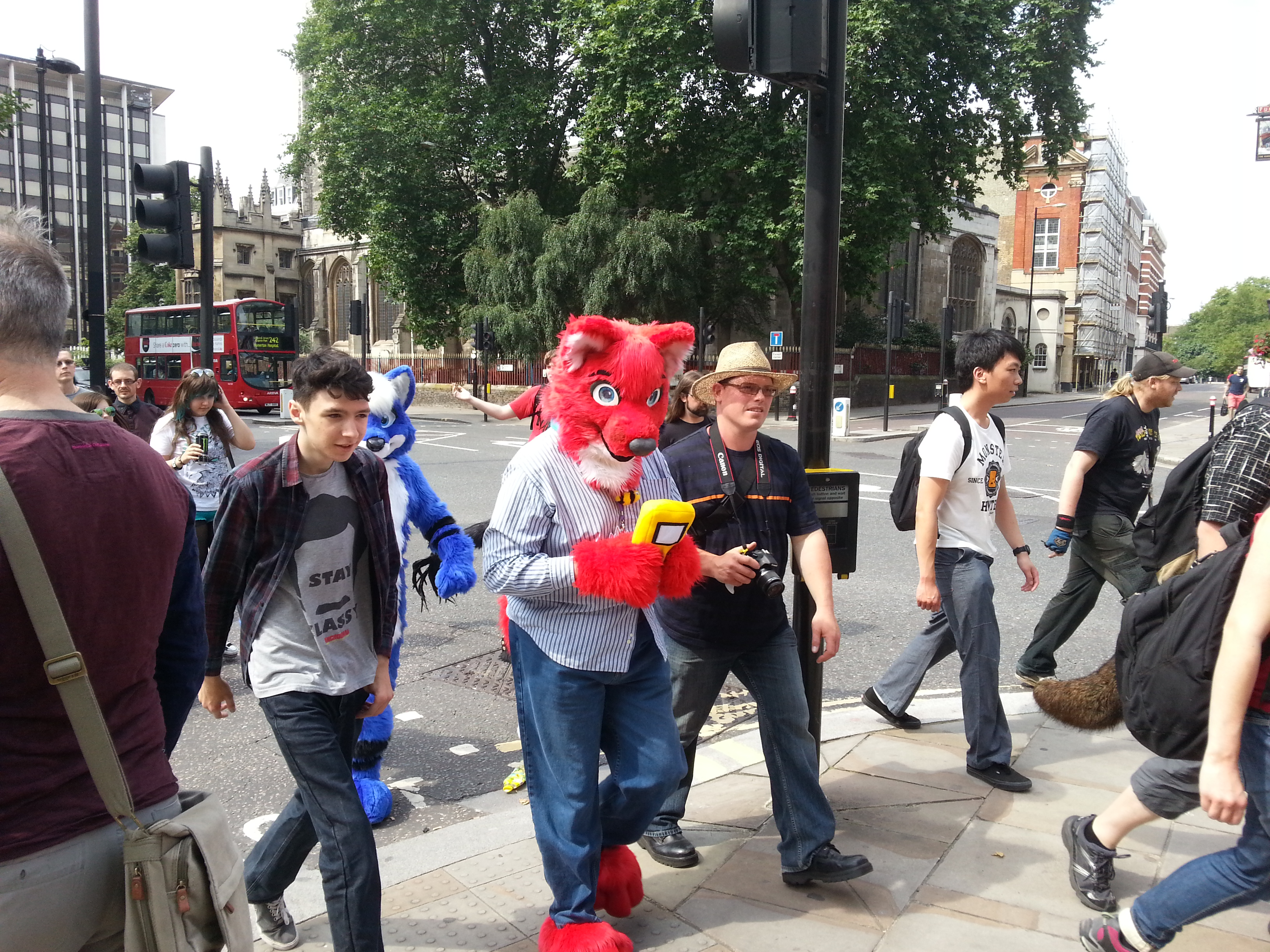 The play that I witnessed at that LondonFurs meet, the one that struck me with the idea for this article, was simple. Three furries - two in suit, one out of suit - had arrayed themselves in an equilateral triangle and were rolling a swirly-green beach ball back and forth. Occasionally, the ball would escape the trio, and, with much visible consternation, one of the fursuiters would go scrambling after it and gleefully bring it back to the small circle. Onlookers watched and laughed, some took pictures, and everyone seemed to be enjoying themselves.

This type of scene seemed to me to be particularly furry. That is to say, it was notable in how common it was. It’s not uncommon to see furries engaging in playful activities, especially in suit - it was one of the first things I did when I got mine. It’s a common sight, seeing furries and fursuiters playing around at conventions, almost to the point where it seems out of place seeing a fursuiter not hamming it up and simply striding purposefully toward some goal.

On the surface, this raises quite a few questions. What exactly is the reason for this focus on play within furry. Is it a type of infantilization? That is, are we intentionally acting more childlike in order to feel more childlike ourselves? Or perhaps it’s a type of reclaimed innocence. We act like children in order to relive more childlike (and thus perceived as more fun) portions of our lives. Or perhaps it’s simply a means of letting down one’s “front-stage persona” in the Erving Goffman sense: we’re showing who we truly are - playful individuals - without the professional and interpersonal masks that we otherwise keep firmly in place. 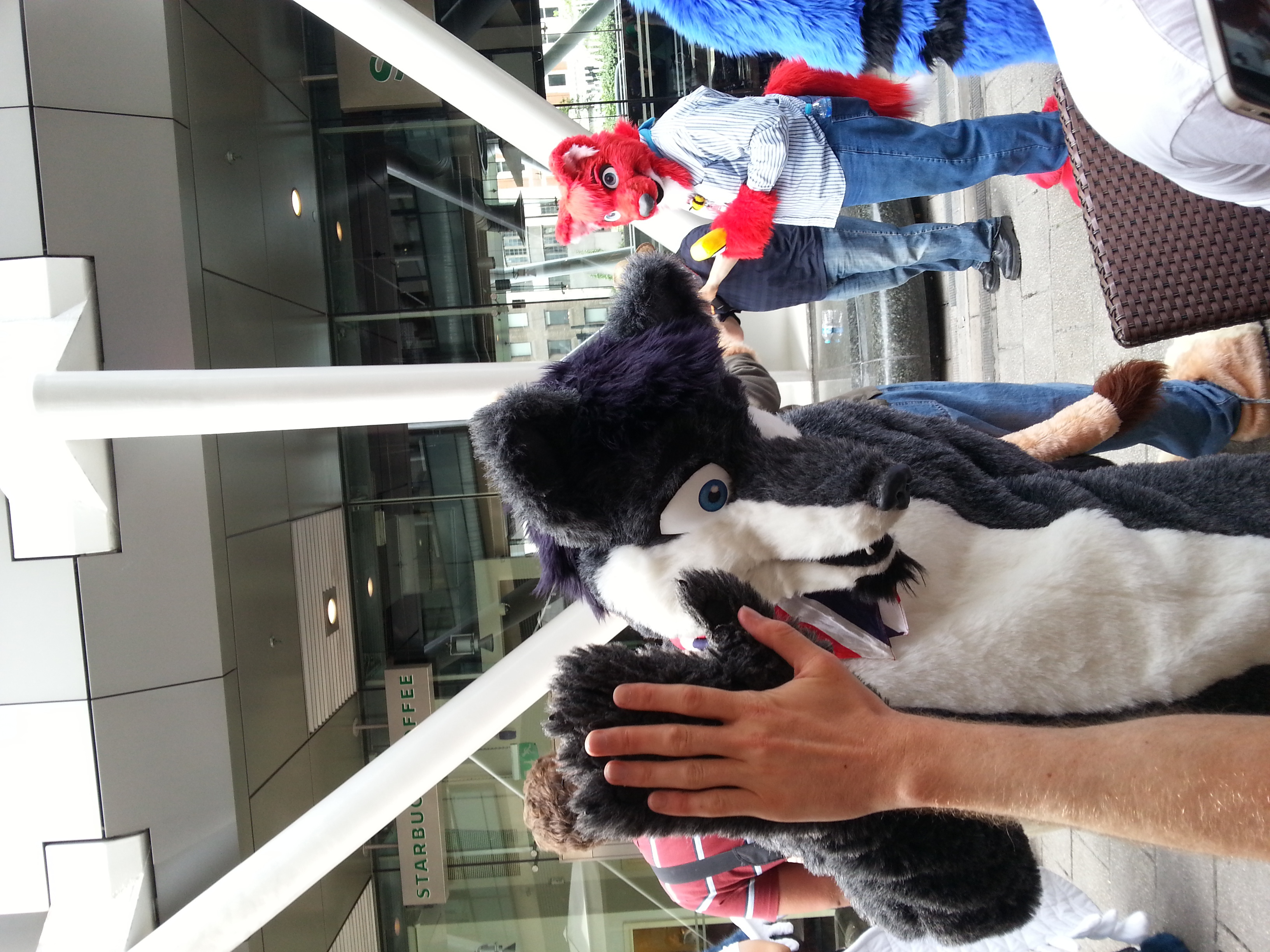 With that last bit in mind, it’s worth noting that, in adults, play plays a slightly different role than in children. It’s associated most often with a strength of character found primarily in humor, teamwork, and creativity. There are various aspects of playfulness that all adults exhibit throughout their lives, and for various reasons, as mentioned. Playfulness is a healthy thing for adults to experience, as well as children, and there are aspects of it that fit in all of our day-to-day lives. [ref]

I think this is all quite important to furry, and not just due to the prevalence. I think that playfulness and childishness inform furry on a more fundamental level than we honestly give them credit for. I know the common refrain that furry is about hearkening back to our Saturday-morning-cartoon childhoods, that fursuiting is something we do for the enjoyment of children, and I believe that truly is the case for some, but I think that frames the whole situation in a much less personal, much more selfless way. At heart, I think the truth is that a good many of us truly are playful. Our childishness isn’t something that’s immature, as this playfulness even shows up in our more adult creations, but it’s something that shows our strength of character. After all, not only are we able to maintain a mask with which we interact with the public and professional world, but we are also able to let that down and interact with each other through true, honest play.