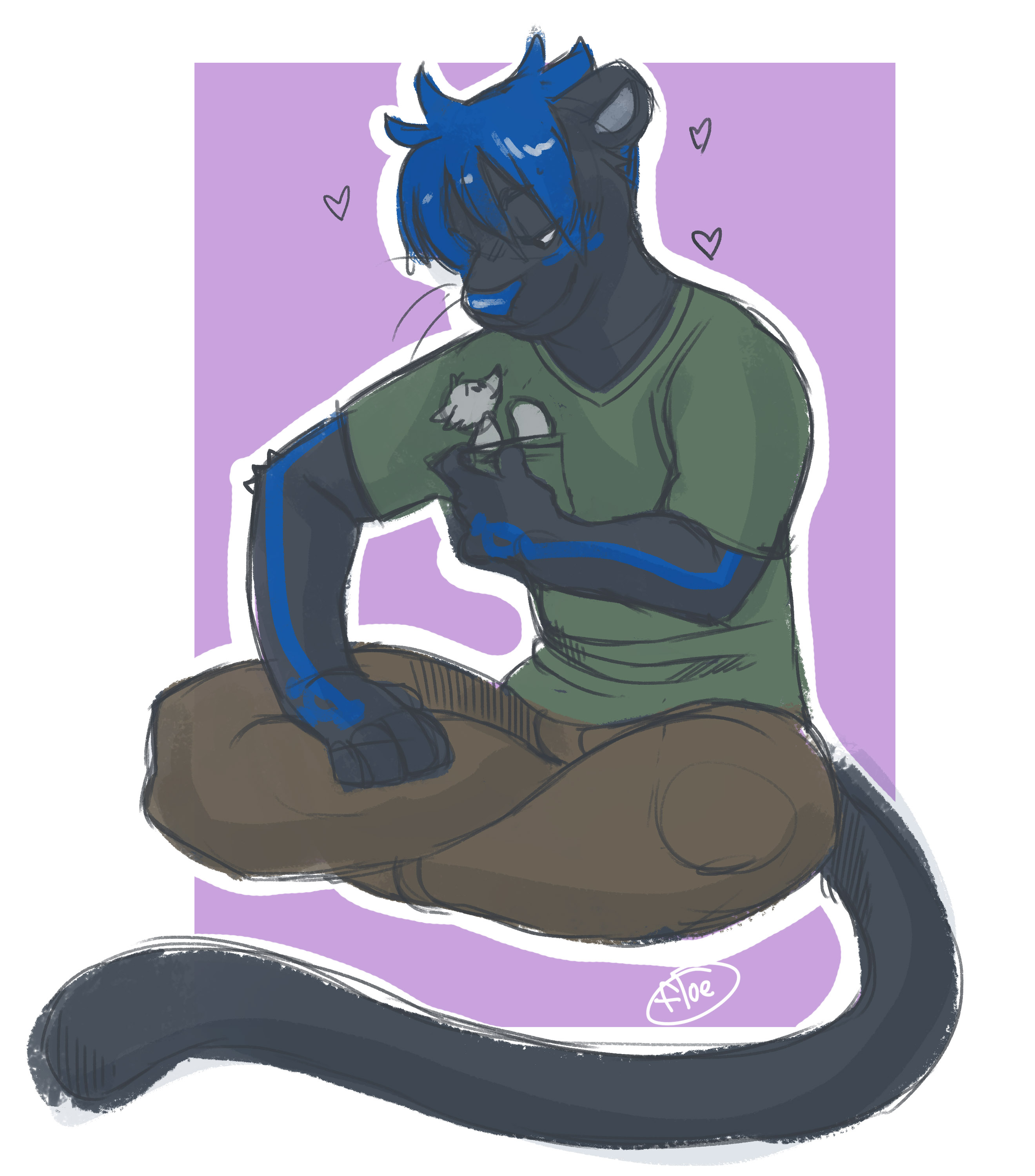 It started innocuously enough with a tweet. I don’t remember the exact phrasing of it, but I had been having a rough day and was feeling the need for some sort of protective affection that I just couldn’t quite find offline; I’m rather tall and so it’s hard for me to find a way that’s comfortable for all parties involved to get that sensation of being held and protected. I think I wound up tweeting something silly to the effect of “I just want to curl up in a shirt pocket where it’s warm, cozy, and hidden.” I suppose I’ve always been a bit of a sap.

Like most things with far-reaching consequences, this start into the exploration of the “micro” side of the furry fandom had a seemingly inconsequential beginning. I’ve mentioned before that, after changing the ways in which I interacted online, several people treated me as though I were smaller than I really am (helped, no doubt, by the combination of text-only interaction and the lack of any specified height in my character description). With that trivial sentence, however, it suddenly became explicit, and before long I was interacting with those around me specifically as a tiny anthropomorphic fox.

This is one of those things that feels incredibly silly to write about in such plain terms. For me, however, it was a new twist on the ways in which I interacted in familiar surroundings. Everyday objects and friends became towering structures to scale, and media such as MUCKs and Twitter became my playground. In short, it felt like a new means of interacting with the furry community as a whole, akin to the way I felt when I first discovered the subculture.

And yet, much was still the same. I was still pretending to be a foxperson on the Internet. My friends-group remained much the same. Nothing else had really changed in my life, except suddenly, I was part of a community within a community: a sub-subculture. It came with a label: micro.

Furry, as a label, is really much too broad to be meaningful except in the most general of scenarios. It’s like saying “Americans” when we know that, with a population of almost 320 million people, that there are bound to be, for instance, people who describe themselves as “staunch democrats” or “devout Christians”, though, of course, even those labels are far too broad in some cases. “Staunch democrats” does not take into account the actual politics and core beliefs of an individual any more than “devout Christian” takes into account the denomination of Christianity of the devout. 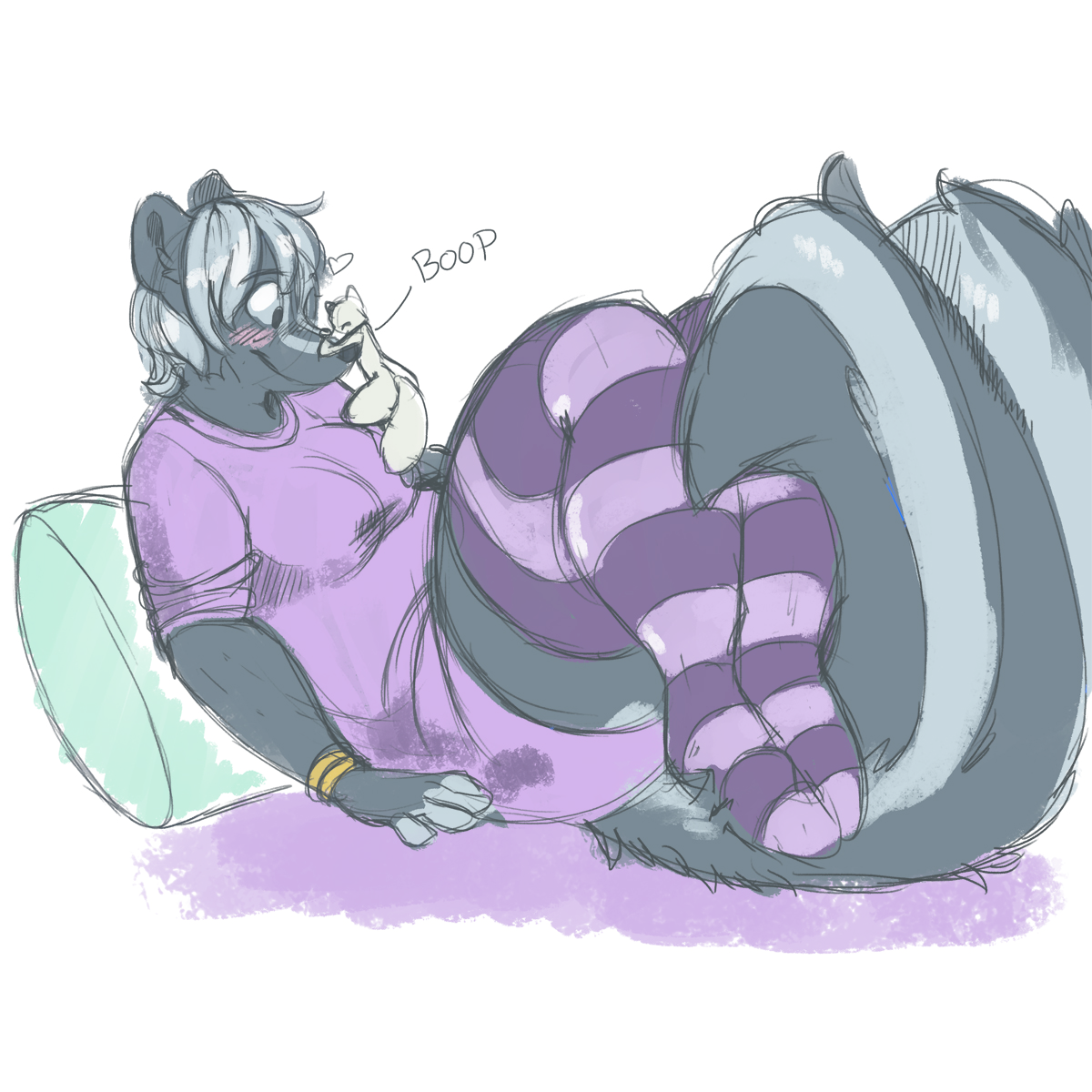 So it is that we wind up with trends within the larger trend of furry, and trends within those as well. Micro, as a trend, was a new one to me, and thus the sensation of newness that reminded me so much of joining furry in the first place.

I’ve been a part of various different groups within the larger group of furry before, of course, just as we all are. I’d identified with gay furries, then fell out of that as a means of identification as my sexuality matured. I’ve identified with trans* and genderqueer furries as well, as my sense of self has grown over the last several years. The list goes on, as I’m sure it does for all of us when we boil our interests down to labels and identities. Why is that, though?

Part of the reason I think that these trends within trends are as big a thing as they are is that a trend, a label, an identity, or even a kink can offer one a sense of community. It’s all well and good to be a tiny fox - or genderqueer for that matter - and feel that one has found an identity that makes one feel comfortable. However, it is the sense of community, of belonging to a larger group that adds completeness to that and can help make us feel truly whole.

Also, these interests or identities, when taken up by a group, help to generate interest and identity in others by the force of their own presence. That is, while I really rather liked anthropomorphic animals and playing zoomorphic games while growing up, realizing that there was a community that bases its very existence off such things led me into the fandom. Similarly, while I never felt wholly comfortable with my gender while younger, it was the resources of a community and an identity that helped me suss out my feelings on the matter. 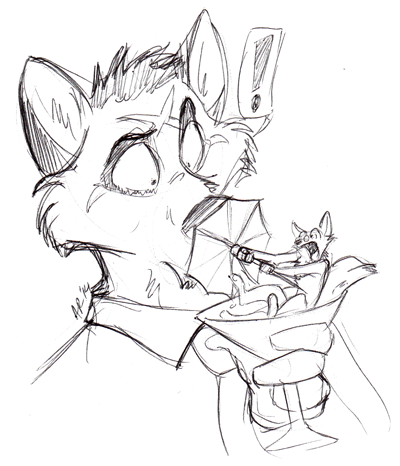 In this way, these trends act as attractors in a system: the closer one winds up to them, the more likely one is to wind up a part of them. I think this describes my journey into the furry subculture pretty accurately: by my presence online, as well as my interests in general, I wound up close to the community, and my proximity led to my eventual membership.

Along similar lines, the overlap between these sub-trends within larger groups such as furry can help introduce one - and thus bring one closer to - additional groups that one might not find otherwise. For instance, given my own shared interest in exploring both gender and furry has led me to the various ways in which the two interact, from the communities surrounding gender transformation, mixed-gender characters, the gender gap within the fandom, and so on, all of which I probably would not have found myself a part of were it not for my previous interests and identities.

As I alluded to earlier, this is hardly a furry-only phenomenon. After all, anything from the entirety of the human race down to the individual level can be divided up into separate trends, likes and dislikes, senses of identity, and so on. However, as I have mentioned countless times before, the fact that so much of our interaction takes place online, or is shifted online after the fact (as would be the case with convention reports and photos), we leave a vast paper-trail. All one needs to do is take a peek at someone’s profile on any popular art site and see the groups they consider themselves a member of, the ways in which they identify (my profile on Weasyl, for instance, has links to my open source code repositories, which I think speaks to how exciting of a person I am not).

It’s worth taking a moment to step back and investigate the ways in which you interact with others and identifying the trends that tie you together. Those ties and the ways in which they interact are what makes furry so durable a fabric.