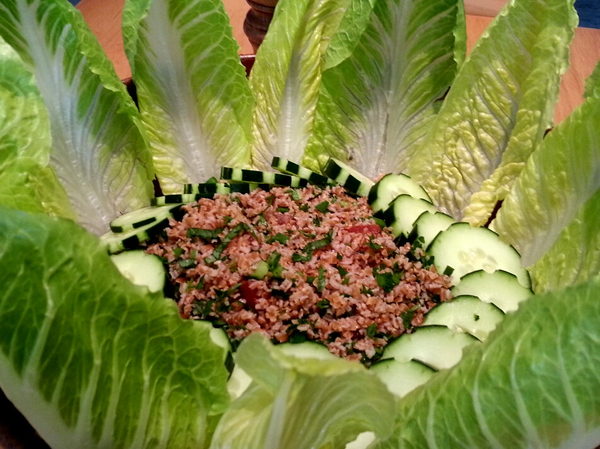 This is just as good (if not better) the next day. It is definitely better the next day fried in a little bit of olive oil: the parsley becomes very fragrant and the flavor change quite a bit. Serve with pear eau-de-vie or something else light and fruity. We served the fried version with cucumber summer salad (toss sliced cucumbers, diced tomatoes, and diced onions in balsamic vinaigrette and a pinch of salt, then refrigerate for an hour) and it was a delightful mix of hot and cold.