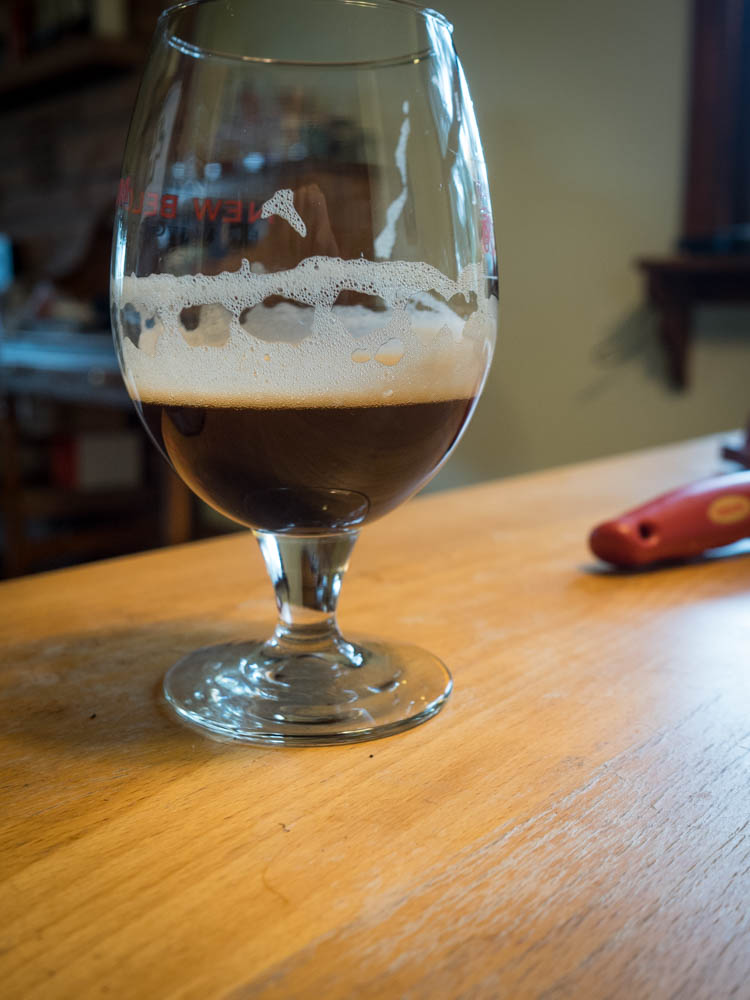 In early 2013, I was just settling into my job at Canonical. I was fitting in well with the team, was enjoying the stuff that I was working on, and was having a good time traveling to various places both in the US and around the world.

The best part about the travel was meeting all of the wonderful people I had, until that point, only ever met online. In the early spring of 2013, I found myself traveling to Atlanta, where I knew a scant few people (hi Talaer, nrr, and Kieran!), and we scheduled a little get-together at a fancy place that they had frequented, called the Brick Store Pub.

The Brick Store Pub, in Decatur, was a delightful mass of twisty passages, low ceilings, and scattered rooms, served by two bars (at least), as well as an extensive cellar. Rather than cellaring wine, however, they aged and cellared beer.

I’d heard of some beer needing age to calm down, and had even made a few before. Barleywines are notable for needing a bit of time to straighten up and fly right. The Brick Store Pub went far beyond, though, cellaring beers that one might not even think to cellar. While I was there, I got to try a local brew, Oskar Blues’ Old Chub, a Scotch ale that had been aged for three years. The normally rambunctious and joyous beer had chilled the heck out and leveled into a calm serenity under the watchful eye of the cellarmaster. All of this despite (or perhaps thanks to) Old Chub being a canned beer. 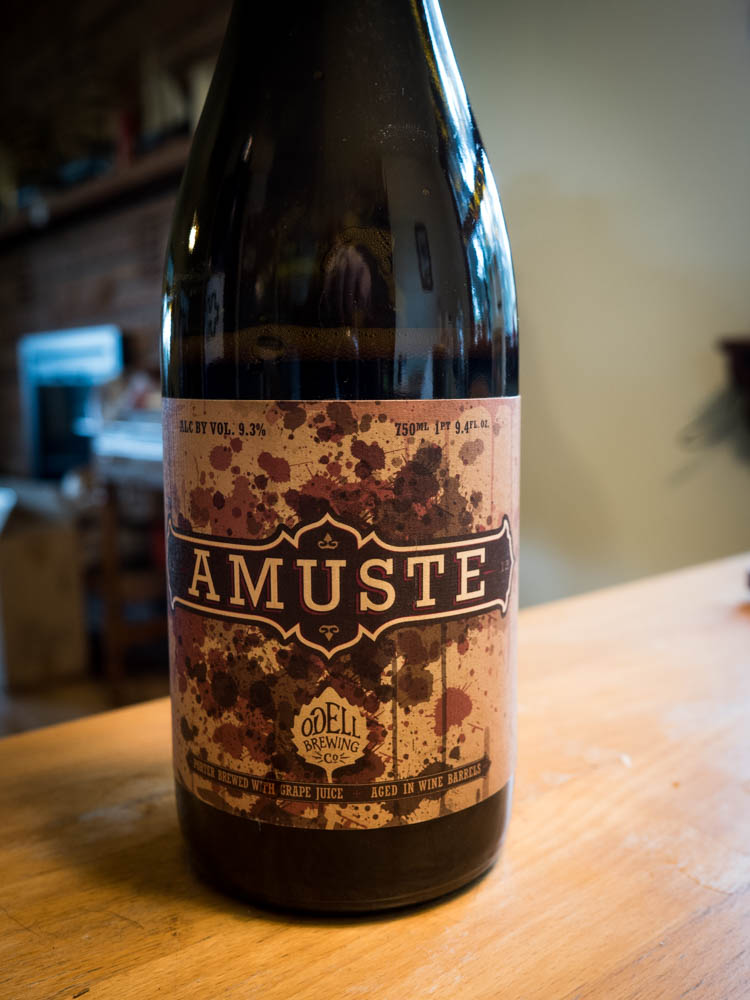 It was serendipitous, then, to come home right as Amuste came out.

Amuste was a beer produced in 2013 by Odell Brewing Company. It was a porter, which was sweetened with grape juice and aged in wine barrels. The resulting beer was a thick, heavy, sweet, and complex drink with medium carbonation. It was served in champagne bottles, and, based on my experience in Georgia, I decided to pick up five bottles and give cellaring a try.

So it is that I find myself with my last bottle of Amuste, cellared for three years.

How did it turn out?

The carbonation had lasted fairly well through the years, not going flat or overcarbonating (which can be an issue with bottle conditioned beers). The cork came out relatively easily, with no foaming.

The beer pours just as dark and thick as it did when I bought it. In the nose, there was lots of figs and dates, a lot of roasted barley, a touch of dark chocolate, and just a faint, but pleasant, sour note. The oak showed through with a little bit of time to breathe as a bit of butter.

The taste was very heavy on the figs, to start. There was also quite a bit of grape note, but not necessarily winey. The chocolate and roastiness were there as well, but more subdued. Amuste is medium-sweet, with very light hops, and some savory notes from the oak. The body was medium and the carbonation was a delightful balance, though lighter than the average beer.

After some time, the chocolate and roasty flavors calmed down into a touch of caramel, while the fruit notes shifted from figs and dates into plums. The alcohol, not insignificant, gave a slight hint of brandy, while the mouthfeel remained soft and silky. With half an hour in the glass, the prune notes were much more prominent.

This was, I would certainly say, a win. I’ll have to find more beers that can stand up to aging, and see if they’ll fit in the cellar alongside the bottles that I make, myself!